5 Ways To Stop Comparing Yourself To Other Writers

Have you ever seen another writer’s accomplishment–whether it be finishing a first draft, publishing a story, or crafting an excellent scene–and started comparing yourself to other writers?

Maybe you think about all the ways in which your own ideas, writing, or pace fail to measure up to that other writer. Maybe you feel envious of what they’ve accomplished. Or maybe you just feel disappointed about how mediocre your own writing is in comparison.

So how do we keep from judging ourselves against other writers’ success?

5 Ways To Stop Comparing Yourself To Other Writers

1. Accept that your journey will look different from other people’s.

This may sound obvious when I say it. Unfortunately, it can be hard to convince our hearts that it’s actually true.

Let me ask you: do you really believe that other people will learn faster, grow their audience more quickly, and get published before you do?

Because guess what: it’s true.

But don’t despair! That’s not a bad thing. That doesn’t mean you won’t learn, won’t grow your audience, and won’t get published. If you keep at it, you can!

Writing isn’t a competition or a contest. It’s more like running your friendly, local marathon: the order in which you finish doesn’t matter nearly as much as just completing the race.

2. Instead of looking at other people to gauge your progress, look at yourself.

If you have a certain goal in mind, don’t judge yourself by other writers who have already achieved that goal. Instead, use your past self as your measuring stick.

Ask yourself: am I making progress from where I was before? How do I compare to myself last month? Last year?

Of course, progress rarely moves as fast as we’d like. But if we focus on the little steps we’re taking every day to get better, we can be proud of what we’re doing, regardless of how it compares to other people.

3. Foster a sense of excitement for other people.

When you see someone else’s accomplishment and are tempted to compare yourself to it, cut off those negative thoughts about yourself with a positive thought towards the other person.

If you actively encourage people who are doing well, you’ll retrain your brain to see other people’s accomplishments as something exciting, rather than intimidating or discouraging.

(There are some pros to comparison! Check out this post)

My next piece of advice for you is to remind yourself why you write.

Are you writing to be the best? To get awards? To prove to other people you’re talented or capable?

I sometimes fall into the trap of forgetting why I write. I start to think about how cool it would be to be famous and to have people treat me like a celebrity.

It’s in these times that I feel most threatened by other people’s success.

But the truth is that the real reasons I write—because I want to move people with my stories and encourage people with my words—aren’t really affected by what other people achieve.

5. Believe that you are a writer.

There’s one more step that will keep you from comparing yourself to other writers.

And that’s to believe that you are one.

The lie we often tell ourselves, when we see other people’s success, is that their success is proof that we really aren’t supposed to be doing this at all.

We tell ourselves that real writers are the people like them: creative, disciplined, and accomplished. And if they’re so good, what makes me think I’m a writer? What makes me think I can write something worth reading when other people have more skills, better ideas, and bigger platforms?

First of all, let me make something clear: if you write, then you are a writer.

Second, let me remind you that you don’t have to wait for awards or book deals or thousands of followers to impact people with your words. Your writing—imperfect, or messy, or slow as it might be—can still help people.

If God wants you to be a writer, you don’t have to wait for him to make you one. You’re following God’s will by writing right now.

And if your goal is to get that book deal, or write that amazing novel, then God’s going to get you there with some good old practice. Step by step. A little at a time.

So let me ask you something: Do you believe that you are a writer?

Once you can answer, “Yes,” no amount of outside success can threaten you.

They will have their ups and downs, and you will, too.

And from that foundation of confidence, the only comparing you’ll be doing is to learn and to celebrate together.

What is your experience comparing yourself with other writers? Share your journey below!

The best way to stop comparing yourself to other writers is to get real feedback and support from a mentor who has already walked your path. Find out how to get a writing mentor in our free guide: 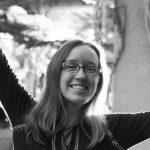 Marita Wilson is a Community Manager for the Young Writers Workshop. Her favorite stories are those full of beauty, adventure, and difficult questions. She lives with a chronic illness as well as the best husband in the world, the perfect cat, six very silly chickens, and way too many fish.

Previous StoryHow To Write About Heavy Topics Without Getting Overwhelmed
Next StoryGet Started Blogging: A Writer’s Guide To Those First Scary 12 Months